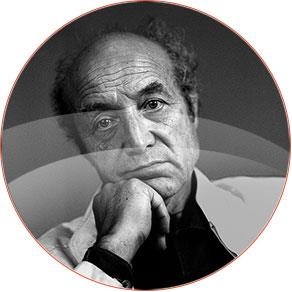 Noguchi studied at Columbia University, at the Leonardo da Vinci Art School and also received a two-year Guggenheim Fellowship. Before Noguchi turned towards furniture design, he was a renowned sculptor, stage designer and landscape architect. His exceptional talent in the field of sculptural work allowed him a unique approach in the design of his furniture designs. In his works he skillfully combined the expressions of Far Eastern culture with the ideas of European and American styles.

Between 1933 and 1937, Noguchi developed designs for public spaces, monuments, playgrounds and scenery; in the years 1942 to 1948, he intensified his work in the theater, designed and produced, however, also furniture and lamps.

After 1949 he traveled several times through Europe, the Middle East and Japan; during the trips he produced drawings and photographs. In Kamakura, Japan, he set up a studio. In the following 1950 years, he constantly traveled back and forth between Japan and New York and established a studio in Long Iceland City, New York in 1961. From 1971 to 1979 he entertained another studio on the Japanese island of Shikoku.

The most famous piece of furniture by Noguchi is his coffee table. The draft is a unique design reflects that can only be understood against the background of his artistic designer. Noguchi coffee table combines stylishness with an organic vitality that was previously only reserved for his sculptures.

All designs by Isamu Noguchi 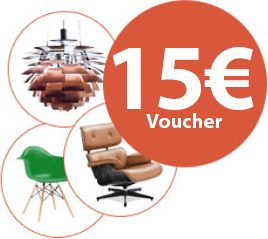